What Did I Accomplish This Week?

This week with my brother and his family in town I got to do a bit more fun stuff. Visited Necker Island for the first time. Got banking done and bills paid. And of course, Thanksgiving!

The business is once again in need of cash. With that in mind I was off to Tortola with a few checks to deposit and a withdrawal to make. I did my usual 9.30 ferry, stop at the Watering Hole, then run to the bank. This time there was no line! Only two people ahead of me. I got done in there in no time.

Once I was back home I had to go drop some cash off for the guy building the pool. Looks like I’ll have to give him more cash again soon, hopefully we have enough when the time comes. Other than that, the work day was done.

Went out to dinner with the family at Sugarcane. I got their version of the Hawaiian pizza and it was delicious. Lots of conversation. I really believe that my brother has no clue when it comes to the business and it will be a rude awakening for him once they move down here and start working. They have all these lofty and unrealistic goals and desires. I guess we’ll just have to wait and see how things go next summer (if) when they move here.

Today we have a trip to Necker Island planned. I’m excited because it’ll be my first time visiting. The boat trip out there was a little choppy, got some spray, but it was in a glass bottom boat! It was cool to watch the sea floor (when you can see it) while zipping along.

We got to see some really cool stuff there. My favorite by far was the lemurs. I was sad that I didn’t get to pose with one for a picture, they just didn’t seem to want to sit on my shoulders. Got to see a couple cute ponies, lots of other animals up close. Free roaming turkeys and chickens and all kinds of stuff! Here, have a few photos: 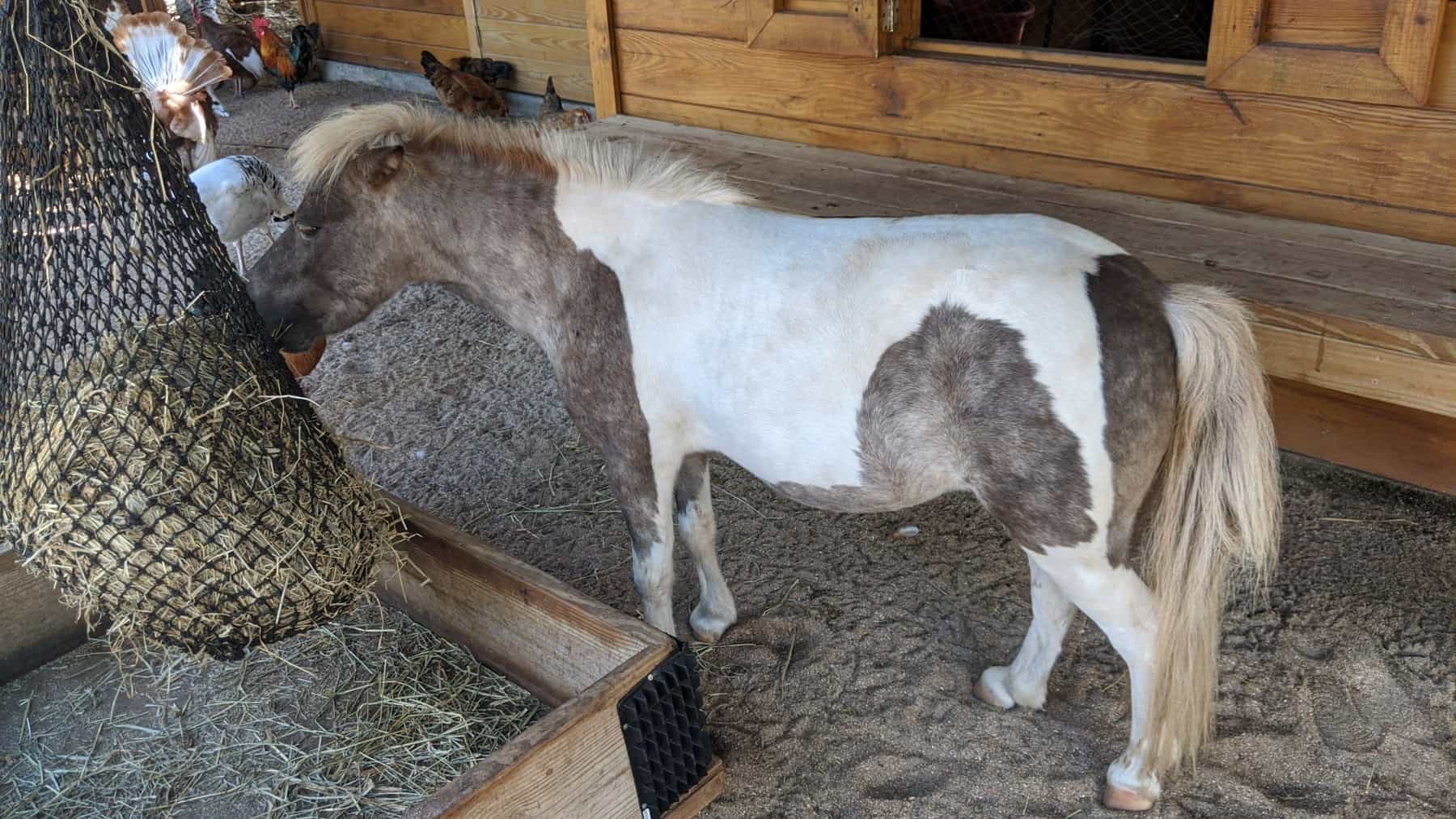 The whole trip only lasted about four hours but I was completely worn out by the time we were done. So much walking in the heat. Once I was at home I tried to rest a bit, almost fell asleep a couple times, but it wasn’t meant to be as people kept bothering me. Didn’t do anything for the rest of the day except recover.

Started my work day by catching up on a bit of accounting. Just entered transaction that I had saved up over the last week or so. Didn’t take too long to get done, but there’s still a lot of work to do in the books once the month ends in a couple of days. I could get started on it now but it would be better to just get it done all at once.

Did the usual bill rounds again today. First stop was water, as usual only about one third of the bills were available. Then electricity, got them all paid. After that was internet, and again, all the bills were ready. Why can’t water be like the rest of the utilities?

Brother and family came by in the morning to help put together the rest of the furniture we just got. While they were here I put together my last piece and started unpacking more stuff. At this point everything is mostly unpacked, just a few little things I need to properly organize and put away.

Even with it being Thanksgiving I have work to do. Of course, the holiday isn’t celebrated here in the islands, not America and all that. But luckily the work won’t be too bad, just a small pickup from the dock and delivery.

Well, I thought it would be small, and I guess really it was even though it was heavy. I had a chair, and a pump because the septic there was dead. Ran to the dock, got the heavy ass planter and a couple rolls of ground cover. Ran all that up to the villa and dropped it off. So happy to be done with work for the day.

Finally, as evening came, it was time to head out for Thanksgiving dinner. It was a wonderful meal prepared by my brother. Unfortunately, his turkey was a little dry, but everything was still so tasty. Deviled eggs, some kind of sweet potato macaroni mashup, and for dessert a pumpkin-cookie-brownie-thing.

While we were there I helped my brother with some video editing stuff. He’s not very technically literate. Put together a couple of timelapse videos for him of night shots he took of the sky with his GoPro. One looked pretty cool, check it out here.

Started work early today (8a) running a crash pad to The Baths to rent. The effort really wasn’t worth the measly $10 we made off it. Then later I had to run and get water and gas and throw away a ton of cardboard from our recent furniture purchase. Eight bottles (1.5L) of water for $8. Had my first casualty, one of the bottles lost its handle. Won’t be nearly as useful anymore.

Once all of that was said and done it was time to start servicing pools. The first few pools were pretty easy. Made it through my usual Crooks Bay run in no time. Had to add water to every pool though. It’s been hot lately, lots of evaporation. Even my nemesis wasn’t too bad.

Then after lunch I went to the leaky pool. What I found there was bad. The pump isn’t working. Not sure if it’s the actual pump or an electrical issue. I tried testing power with my multimeter but didn’t get a reading. I’ve got a guy coming by tomorrow to check that out, and I’m getting a quote on a new pump in case we need it.

It’s the last night for my brother and his family. They leave early tomorrow morning. So we all went out to eat at CocoMaya! Delicious food as always. I ordered myself some fried snapper sliders, and got an order each of the fries and fried rice to share. I probably ate too much, and definitely shouldn’t have drank the espresso with dessert.

It’s day one of accounting. So far I’ve gotten one of our two bank accounts reconciled for November. All the checks are in. All petty cash expenditures appear to be in. Paychecks (so far, missing one timesheet) entered. All that’s left is credit card expenditures, commissions for November, credit card fees, and reconciling the second bank account. Then the roommate and I need to go over every one of the statements to make sure they’re right.

Met the electrician up at the leaky pool. Unfortunately no matter what he did he couldn’t resuscitate the pump. So now I have a message out for a replacement pump, hope I hear back soon. Then I gotta get it, get the plumber to install it, then get the electrician back out to hook up power.

The entire morning was spent on accounting. Got everything done, everything. The roommate and I went over all the data for the month and made sure it was accurate and nothing was missing. We got the reports run and sent off to everyone. It was quite a productive day.

The rest of the day was spent playing Warframe. Problem is, the friend I play with has had some issues completing Mars Junction, which is stopping further progress together as we’ve completed everything we can on Earth, Venus, and Mercury. I’ve been pushing him to try the mission again, but no luck. Hopefully I can get him to do it soon.

This week’s featured image is Thanksgiving dinner! It was a great meal and I felt I needed to share it with you too!

Remember to go check out my Gallery for more photo goodness!

This website uses cookies to improve your experience while you navigate through the website. Out of these, the cookies that are categorized as necessary are stored on your browser as they are essential for the working of basic functionalities of the website. We also use third-party cookies that help us analyze and understand how you use this website. These cookies will be stored in your browser only with your consent. You also have the option to opt-out of these cookies. But opting out of some of these cookies may affect your browsing experience.
Necessary Always Enabled

Any cookies that may not be particularly necessary for the website to function and is used specifically to collect user personal data via analytics, ads, other embedded contents are termed as non-necessary cookies. It is mandatory to procure user consent prior to running these cookies on your website.